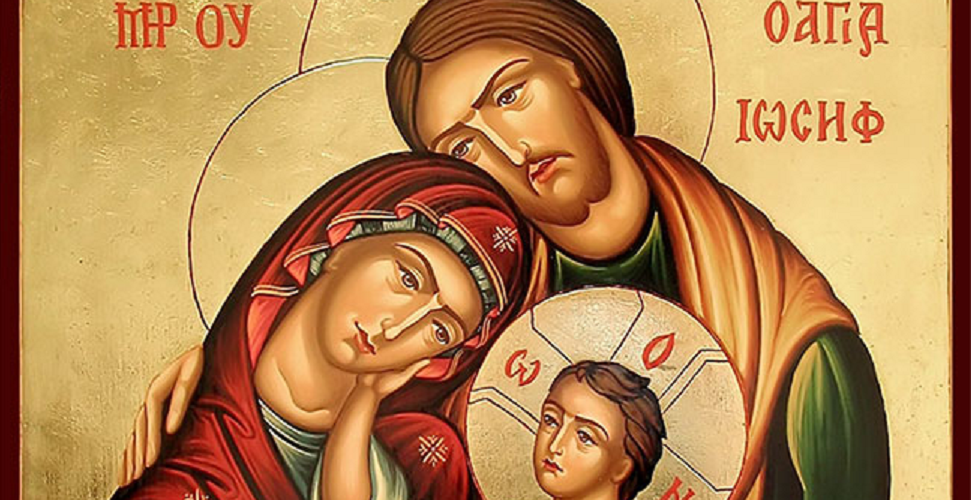 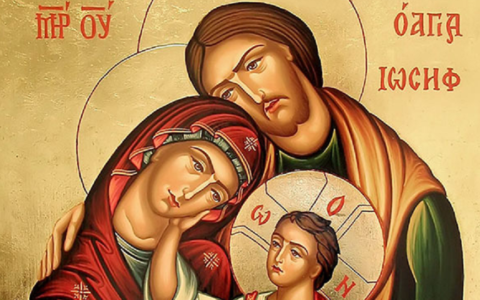 More than at any other time of the year, our culture has chosen the Christmas season to focus on family. It’s totally understandable. The narrative surrounding the birth of Christ weaves a kind of magic into the story. Add to it the mystic rituals of the Winter Solstice, the yuletide traditions of our English heritage, the gift-giving customs from around the world, and add a healthy dose of Madison Avenue, and you get a season tailor-made for childlike wonder. Even movies and television programs seem to want to give a family focus at this time of year. The Christian Church wants to join its voice to the chorus celebrating the family. It’s a reminder. It’s important. We need it.

The gospel reading chosen to highlight this emphasis on the family is taken from the very end of chapter two of Saint Luke’s gospel. That whole chapter was dedicated to the birth and infancy of Jesus. Chapter three begins Jesus’s public ministry. So, this story is not just the end of a chapter, it’s the end of a phase of Jesus’s life. Today’s passage is unique in the four gospels because it shows Jesus and his parents interacting as a family.

By now, the story is a familiar one. Jesus and his parents traveled the ninety miles between Nazareth and Jerusalem by caravan with their relatives, friends, and neighbors—much of the town probably made the pilgrimage as well because it was required of observant Jewish people to come to Jerusalem every year for the Passover. It was a long haul. It took from three to five days for the journey, they stayed in Jerusalem for the entire eight days of the celebration, and then they set out for another three-to-five-day journey to get back home. At the end of the feast, on their way back home, Mary and Joseph discovered that Jesus had not joined the caravan. Like any concerned parents, they hurriedly retraced their steps to find Jesus—who was still a year away from reaching Jewish manhood at age thirteen.

With regard to Mary, earlier in the chapter, Luke reports that the prophet Simeon foretold that a sword of sorrow would pierce Mary’s heart. Now, with this story, the piercing has begun. There’s the incredible pain of losing track of her child and her frantic search for him. Then, there’s the pain of seeing him as a student at the feet of the masters and realizing he’s not her baby anymore. There’s the sword of understanding that her role as nurturer is at an end. With his response, “Why were you looking for me? Didn’t you know…?”, there came the sword of realization that he had already gone beyond her onto a path of knowledge and understanding that she could not follow. Finding him at the feet of the rabbis was a turning point in her life. No wonder she pondered it!

With regard to Jesus, it’s important for us to remember that the gospels are so much more than the mere narration of events. We might even say that the events were chosen mainly to convey a spiritual meaning. We need to look for that meaning. The whole story as Luke presents it is a foreshadowing of what is to come. Mary and Joseph must go on their way without Jesus. He has a mission to fulfill separate and apart from theirs. They were completing theirs; he was beginning his. He must be about his Father’s business. It’s the feast of the Passover, after all, the festival when the Passover lamb is slain, and the angel of death passes over. Is it a coincidence that his parents looked for Jesus for three days? Across this story of Jesus’s returning to his family falls the shadow of the cross. She who would lose her son at his crucifixion would receive him back three days later when he rose again.

I said this story was bittersweet with regard to Mary and Jesus. It is also bittersweet with regard to us. There is no heart raised in a family that has not been pierced with a sword of sorrow. Families are never Dick and Jane, Mother and Father, Spot and Puff. Remember them? Families don’t look like that, and they don’t behave like that—even the best of them. Families come in all shapes and sizes, all colors and kinds. And, sometimes, the closest family members don’t share the same DNA. The bittersweet truth about family life is its impermanence. Like the family of Jesus, Mary, and Joseph, it remains for a season and then it passes away to become something new and different. Children grow, parents die. The only element that survives is the love that was found there, whatever the source, however imperfect, however temporary.

Parents pass on a lot of different things to their children: some valuable, some not so much. The only bequest that survives is the enduring love of God reflected in the love of spouses and siblings for one another and in the love between parent and child. Nothing else survives. Nothing else matters.

Mary and Joseph lost Jesus for a time, but, ultimately, by a concerted effort, they found him again. We may occasionally lose our sense of direction, our hope, our love. But, by concerted effort, we can always find them again because, like Jesus in the temple, they’ve been there the whole the time, waiting for us.