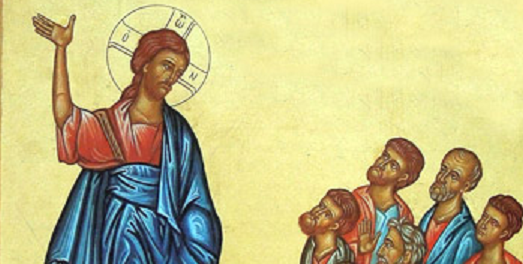 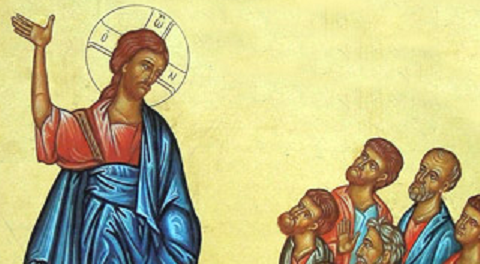 Who is the follower of Christ? Far too many people consider themselves and their cronies Christians just because they belong to a church that uses Christian words and symbols. Yet church membership—even baptism—does not make a person (or a group) Christian. In fact, far too often, church membership itself becomes a stumbling-block—a hindrance—to following Jesus. John, the disciple Jesus loved, and his brother James sought to maximize their membership in that elite group of men and women who called themselves Jesus’s disciples. In other words, they, like so many after them, sought advancement in the church.

What was it that those two disciples wanted? With the assumption that Jesus was the anticipated Messiah—the anointed king who would restore lost glory to Israel—James and John were asking to be given the places of honor in Jesus’s kingdom. Not only that, but, according to Matthew’s gospel [19:28], Jesus had promised that the twelve would sit on thrones in God’s kingdom, judging the twelve tribes of Israel. What people who aspire to positions of authority like James and John believe is that, when you have power, you are safe and secure. But anyone who has held a position of authority will tell you that the opposite is true. Positions of authority invite criticism, envy, and rivalry.

So, Jesus warns them, “Is this what you really want? You can have it, but there’s a price, if you’re willing to pay it.” “Can you drink the cup that I drink or be baptized with the baptism with which I am baptized?”

They answer him all too glibly, “We can.” When the price we have to pay to get what we want is only theoretical, it’s easy to agree to pay it. How often have we known there was a cost to something we wanted, yet we went ahead with it, only to discover that what we were required to give turned out to be more than we were willing or able to pay? I would say to you—as Jesus said to James and John—you can do anything you want, so long as you’re willing to accept the consequences.

I’m tempted once again to say that Jesus has turned common wisdom upside-down in this passage, as he’s done so often in the gospel stories. What I’d rather say is that he’s actually turning common wisdom right-side-up again, because it’s been upside-down for far too long. Here’s our standard approach to life: we aspire to rule—to control—to be masters of our own fate. That is our greatest delusion. There’s a truly wise saying that goes, “If you want to make God laugh, tell him your plans.”

Jesus shows the world’s values of wealth, power, and prestige as devoid of worth. They are vanities of the flesh. In his letter to the Romans [8:1-17], Saint Paul contrasts what he calls “the flesh” with what he calls “the Spirit.” We’re used to interpreting what Paul is saying in terms of vice—the flesh—and virtue—the Spirit. Let’s rethink that. The flesh is not bad, it’s just the world’s way of doing things: survival of the fittest, dog-eat-dog. The flesh is the playground where wealth buys avoidance of consequences, where fame buys privilege, and where the powerful see themselves as a law unto themselves. The way of the flesh promises escape from personal responsibility. The way of the flesh, the way of the world, the way of force and coercion, does not work. It always fails: the wealthy become impoverished, the powerful become impotent, and the prestigious fade into obscurity. Like all attempts to rule the world, there may be occasional apparent successes along the way, but even these require great expenditures of energy, and they’re always temporary.

The way of the Spirit is the way of the doulos (δουλος)—the way of the servant. The feminine form of that Greek word, doula (δουλα) has come into our English vocabulary recently to denote someone who assists a woman in childbirth. The doula is a beautiful image of what Jesus means when he says the greatest must be the servant of all. The doula is not there for the wealth, power, or prestige of her position. She is there to assist in an important work, namely the birth of a child. Likewise, the doulos—the servant—is present to assist their brothers and sisters in the important work of bringing to birth an authentic and meaningful life.

Of course, like any decision, the decision to serve others has a cost. It costs to be of assistance to those in need. The needy most often cannot repay you as you deserve. That cost can only be measured in terms of your generosity. Listen to the servant prayer of Saint Ignatius of Loyola:

Teach me to serve you as you deserve;
To give and not to count the cost;
To fight and not to heed the wounds;
To toil and not to seek for rest;
To labor and not to ask for reward—
except to know that I am doing your will.

The door to life—both our earthy lives and eternal life—is cross-shaped. There is no path that can detour around it. All our attempts to cheat suffering are doomed to failure. But our lot is not a gloomy one. If we choose to accept life on life’s terms, if we surrender the struggle to control its outcomes, and if we give generously of ourselves, we will find our life path easy and we will rejoice in gratitude for all that we have received in return. Our God is not a sadistic puppeteer, pulling the strings to make his creatures suffer. He’s not a bloodthirsty spectator watching his people fight to the death in the arena. On the contrary. The letter to the Hebrews [12:2] tells us Jesus is our pioneer. He goes before us to show us the way. We have a God who serves, who bears our sufferings with us. When we hurt, God hurts.

For we do not have a high priest
who is unable to sympathize with our weaknesses,
but one who has similarly been tested in every way,
yet without sin.
So let us confidently approach the throne of grace
to receive mercy and to find grace for timely help.