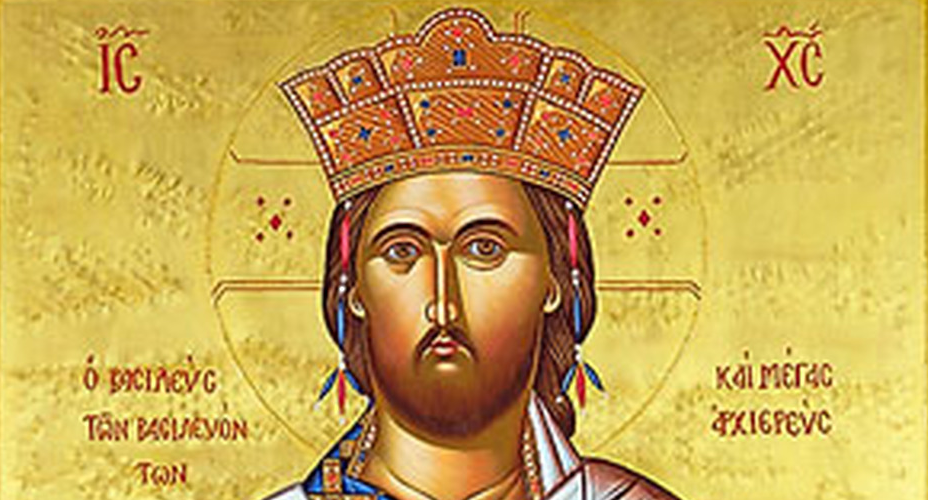 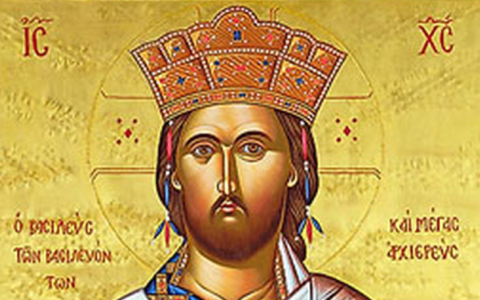 According to Saint Matthew’s gospel [26:46], Jesus speaks these words as Judas approaches with a crowd carrying swords and clubs to give him the fatal kiss. As Jesus is arrested, one of his followers—apparently Peter—wields his sword and cuts off the ear of Malchus, the servant of the High Priest. Jesus not only rebukes Peter, but he heals the servant’s wound. Both Judas and Peter were Jesus’s disciples, yet neither one really understood him, and so, both betrayed him. We might like to think that the drama played out in the garden of Gethsemane was over and done with millennia ago, but God’s time is not our time, and the betrayal by Jesus’s followers continues even to today. Only the names have changed.

Next, we see Jesus standing before Pilate, the Roman governor. He asks Jesus, “Are you the king of the Jews?” What’s he asking? What’s his concern? Obviously, he doesn’t want any trouble. It’s his job to keep the peoples under his jurisdiction peaceable. He wants to know if Jesus is fomenting a nationalistic movement contrary to Rome’s interests. Does he care about the Messianic prophesies? Not a bit.

So, Jesus puts him on the spot. “Okay, Pilate, do you think I’m a dangerous insurrectionist, or are you just listening to stories from disgruntled Jewish officials?”

Pilate is disgusted with the bickering that goes on constantly among the factions of this strange Jewish people. They’re always arguing about their conflicting beliefs that Pilate neither understands nor has any interest in whatever. So, he asks Jesus, “What have you done to upset everybody?”

Jesus tells him, “My kingdom does not belong to this world—this cosmos. If I were an insurrectionist, my people—my attendants—my minions—would be fighting to keep me safe. But they’re not. There is no uprising. There is no power struggle. There is no threat to you—or to Rome.” In fact, as we just saw, Jesus rebuked those who wanted to defend him.

Now, Pilate is confused. He’s not used to a king who declines the use of force. “So, you are a king? How so?”

“You say I am a king,” Jesus answers him. In other words, “That’s your word for it, not mine.” He concludes by saying that he didn’t come to exercise power but merely to witness to the truth. Whoever embraces the truth understands the difference between accepting reality and forcing matters. Jesus comes not as a warlord exercising political power, but as the prince of peace whose very presence overcomes sin and division.

The Solemnity of Jesus Christ, the King of the Universe is a very recent addition to the liturgical calendar. It’s less than a hundred years old, established by Pope Pius XI in 1925. At that time, the wounds of the First World War were everywhere. Not just Germany, but all the nations of Europe had been torn apart and were piecing themselves back together. This solemnity was meant as a rebuke to the warlords of Europe whose struggles for nationalism and political dominance had led to the slaughter of over nine and a half million combatants and ten million civilian men, women, and children. The image of Christ the King, bringing peace to the world through the blood of the cross was meant to be an antidote. It didn’t work. There was a Second World War.

One would think that, even after the hyper-nationalism of Nazi Germany, Fascist Italy, and Imperial Japan, the world would have seen the folly of its ways. And, confronted with our own hyper-nationalism that pretends that God is on our side, or worse, that doing God’s will means fomenting hatred of other nations, races, and peoples, one would have hoped that we might have learned the lesson Jesus taught in the garden of Gethsemane. But no. Large segments of our population today still try to change Jesus into a nationalistic political ruler, and by so doing, they transform Christianity into an unrecognizable abomination and replace the good news of the reign of God with the terror of the tyranny of prejudice.

The Son of Man comes, not with power, but with judgment. It’s not a judgment imposed from on high or forced upon a subjugated people. The Son of Man bears witness to the truth. His judgment arises from within. He summons each of us to a radical honesty. He lays bare our selfishness, our fears, our arrogance, our pretense, our self-will run riot, our guilt. He displays for all to see how humanity still tries to replace the powerlessness of the cross with the power of the sword. They may look alike, but they are enemies.

“Are you the King of the Jews?”

“Do you say this on your own or have others told you about me?”

“I am not a Jew, am I? Your own nation and the chief priests handed you over to me. What have you done?”

“You say I am a king. For this I was born and for this I came into the world, to testify to the truth. Everyone who belongs to the truth hears my voice.”

It’s the Solemnity of Jesus Christ, the King of the Universe. In today’s socio-economic and political environment, where the churches still strive for political power in the service of nationalistic interests, does this celebration even make sense? Or is it simply our way of longing for the coming of the Reign of God that Jesus promised? We pray for it. Do we work for it? “For the Kingdom, and the power, and the glory are yours, now and forever.”