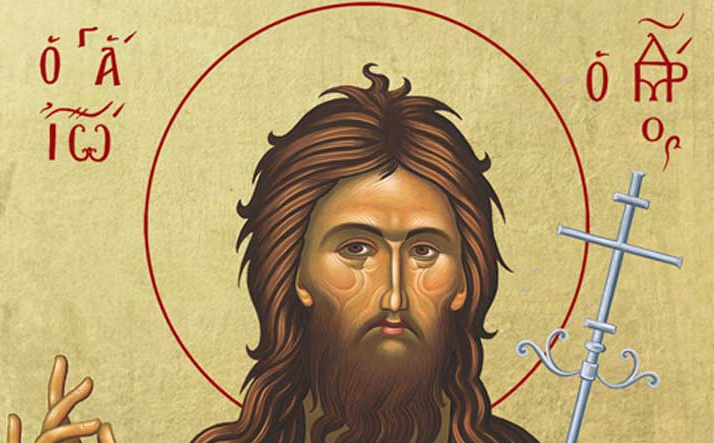 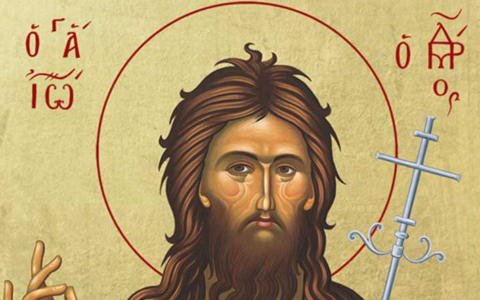 And why do all four gospels focus our attention on him? He was most certainly an actual historical figure. The gospels go to some length to locate him historically. Luke gives us as precise a date as we’re likely to find in the ancient texts. John started his ministry in the fifteenth year of the reign of the Roman Emperor Tiberius. That translates to late in the year 27 or early in 28 AD. At that time, Tiberius was seventy years old and living in semi-retirement on the island of Capri. At that time, northern Palestine was being ruled by two sons of Herod the Great: Herod Antipas in Galilee to the west, and his half-brother, Philip, in Ituraea and Trachonitis to the east. To the south, in Judea, Annas had been high priest for nine years, during the years 6 to 15 AD, and he was succeeded by his son-in-law, Caiaphas, who was high priest at the time. Evidently, even then, Annas still held a great deal of power over the Jewish population.

The gospels all agree that John styled himself a prophet like the prophets of old. Like them, he started out in the desert. Various gospels describe him as an ascetic: wearing animal skins and eating desert fare: locusts and wild honey. At that same time, there was a sect of ascetic Jews living in the Judean desert at a place called Qumran near the Dead Sea. They were preparing themselves for the coming judgment of God on his people by prayer, fasting, studying the scriptures, and practicing ritual baptism. It isn’t known whether John the Baptist—or Jesus, for that matter—had ever been a member of the Qumran community, but, regardless, they would certainly have been familiar with it.

The word of the Lord came to me:
Before I formed you in the womb I knew you,
before you were born I dedicated you,
a prophet to the nations I appointed you.”

We have the same type of historical context, the same consecration of the prophet from the womb, the same coming of the Word of the Lord, and the same message of the immanent coming of God’s judgment.

Finally, the gospel quotes the opening verses of the second section of the book of the prophet Isaiah:

“A voice proclaims:
In the wilderness prepare the way of the Lord!
Make straight in the wasteland a highway for our God!
Every valley shall be lifted up,
every mountain and hill made low;
The rugged land shall be a plain,
the rough country, a broad valley.
Then the glory of the Lord shall be revealed,
and all flesh shall see it together;
for the mouth of the Lord has spoken.”

How did Luke view John the Baptist? He considered him to be the last of the Old Testament prophets, a new Jeremiah, proclaiming not only a spiritual renewal but the arrival of a totally new act of salvation by our God—leading us out of slavery into not only a promised land, but an entirely new relationship with our God such that our old behaviors and old, futile way of life could give way to a new life—a life in the Spirit that sin and death could not destroy.

There’s yet another purpose for introducing us to John the Baptist at this point. At the time of Luke’s writing, the disciples of John the Baptist were still going strong. There were those who were saying that John was the one God had sent to save Israel, and that Jesus was John’s disciple (after all, he accepted John’s baptism). Luke wanted there to be no confusion: John was a great prophet in the line of Jeremiah and Isaiah, but he was not the Messiah.

From all of this, we can begin to understand why the church has chosen to focus on John the Baptist in the run-up to our celebration of Jesus’s birth. It’s a reminder of our longing to be freed from the futility of life. It’s the same longing that all of humanity has endured since consciousness arose. We long to find an answer to the inevitable question that we of a certain age pose after a lifetime of striving: Is that all there is? The prophets (and John the Baptist) give us an emphatic, “No! Fear not!” Our God comes to meet us on the road where “all [humanity] shall see the salvation of God.”

The message of the prophets, the message of John the Baptist, the lesson of the gospels, and the message of Advent are all the same: our hope in God will not leave us disappointed, so long as we persevere. Today’s liturgy invites us to focus on our goal: a meaningful life in communion with our God and with one another. Next week’s gospel will focus on our part. What does perseverance look like, as we prepare the way of the Lord, making straight his paths?