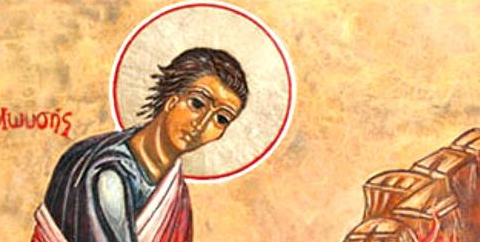 The God of Abraham, Isaac and Jacob, and the God and Father of our Lord Jesus Christ is not the god most “Christians” worship. They’ve fallen into this idolatrous pit because they don’t read the Scriptures carefully enough. A cursory reading leaves people open to mistaken and sometimes bizarre interpretations. But we’re not going to fall into that trap, are we?

Perhaps your mind skipped over the background to today’s gospel and went straight to the punch line. It’s tempting to walk away from this passage and take with you only the warning, “…if you do not repent, you will all perish as they did!” That’s what stuck in you mind, isn’t it? You probably heard, “If you don’t straighten up, God’ll get you for it.” But that’s not the message. That’s not it at all.

Consider the situation more closely. Everybody around Jesus was talking about a group of Galileans whom the Romans had slaughtered. Apparently, they did something that greatly angered the Roman authorities. What that was is forever lost to history. The populace had been speculating about their guilt because God had allowed this devastation to come upon them. What does Jesus ask the crowd? Were these people any worse than anyone else? In other words, why did they imagine that God singled these people out from everyone else?

Then, he talks about a tower that fell on some people. Some think it was a tower built by the Romans to protect their aqueduct, and that it was sabotaged by men of the Zealot party. What did Jesus ask again? Were the people killed by the falling tower singled out by God because they were worse people than anyone else? The obvious answer is no.

We could ask the same kinds of questions. Are the people of Ukraine guilty of some special transgressions that God should allow the merciless bombardment they’re receiving from the Russians? Of course not.

Jesus’s point was that disasters, natural or man-made, are not punishments from God for evildoing. Jesus’s message, and the message of the gospel is that God doesn’t punish. That’s a message that many, if not most Christians ignore. Not only do some self-styled “Christians” look for supposed moral justifications for natural disasters, but they’re also fond of threatening God’s supposed wrath upon those whose behavior doesn’t meet with their approval. Everything from floods and earthquakes to the attacks on September eleventh have been blamed on things like legalized abortions and the toleration of LGBTQ people. Yet Jesus never condemned anybody’s behavior—even an adulterous woman—except the Scribes and Pharisees, whom he called hypocrites.

I call this worship of a vengeful god pagan because it’s not even Old Testament. What do you suppose the people of Israel did to deserve slavery in Egypt? When Moses was called up to the mountain in today’s first reading, is it reasonable to speculate that God said something like, “I saw what you people were been doing, so I sent the Egyptians to enslave you. Now, if you’re really good and do what I say, I might let you off easy”? That’s not what I read. I read, “I have witnessed the affliction of my people in Egypt, and I have heard their complaint against their slave drivers, so I know well their suffering. Therefore, I have come down to rescue them…” That doesn’t sound much like a punishing God, does it?

I know there are plenty of instances in the Hebrew Scriptures where the prophets are speaking as though God were punishing the Israelites for their infidelities. But how accurate is that image? The prophets were human, after all, and what’s more human than to look for someone or something to blame for one’s suffering? Placing blame is so convenient, after all. For the pagans, the blame fell on their angry gods. So, why not blame Yahweh? We really needed Jesus to restore some right-headedness.

Disasters of all types are woven into the fabric of the universe and into the nature of humanity. If it weren’t so, nothing could exist, and human love would be impossible. Love isn’t love without choice. Frailty is built into our DNA. If we don’t work at strengthening the connecting bonds between ourselves and others and between ourselves and God, they will atrophy, and both our spirituality and our humanity will wither away. This is not a punishment from God, it’s a natural consequence of arrogant selfishness, cowardice and sloth.

Entropy is the tendency of all things to dissipate into chaos. We humans call it “original sin” because chaos has been with us from our origins. We are dust, and to dust we shall return. Building lasting connections between ourselves and others and ourselves and God is our only means of overcoming this basic principle of existence. That’s what Jesus is telling his followers in the gospel today. “If you do not change your hearts and minds, you will all perish.” He tells them chaos has swallowed up those people, but they’re not special cases. Chaos is swallowing us all, and it’ll succeed unless we do something about it. What should we do? Respond to the grace of God and put our spiritual life and the good of others first. “Love the Lord, your God with all your heart and soul and mind and strength, and love your neighbor as yourself.”

Life in the Spirit is like riding a bicycle uphill. There’s no standing still. You’re either pedaling or rolling backwards. God is neither our adversary nor our disciplinarian. God never has been. Our adversaries are self-centered arrogance and complacency. Our disciplinarian is death. To repent as Jesus taught means to overcome death by banishing selfishness and fear, and by committing ourselves anew every day to our service of God and one another. It’s that easy. It’s that hard. By the grace of God, we can do this.