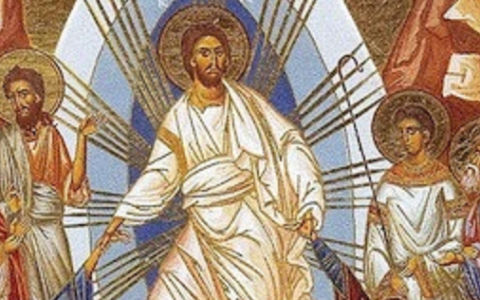 In 1978, I was touring Italy with my dear friend, Father Bernie O’Connor. We had four amazing experiences while we were there. We were present in Saint Peter’s square for the election of the pope—at that time, it was Pope John Paul I. The next day, the two of us concelebrated Mass in Saint Peter’s Basilica. From there, we traveled to the town of San Giovani Rotundo and concelebrated Mass at the tomb of Padre Pio, the stigmatist. He’s now Saint Pius. Finally, we went to Turin to see the burial shroud of Jesus that was on public display there for a short time. We concelebrated Mass in front of it, only a few feet away. It’s that last event I want to share with you tonight.

First, let me say that I’m a believer in the authenticity of the Shroud. The image of a crucified man that’s imprinted on the linen cloth is scorched on, and not the result of any liquid being applied to it. It’s a perfect photographic negative existing centuries before the invention of photography. My understanding is that the image was caused by a burst of radiation which would, of course make radiocarbon dating unreliable. It’s like many objects of faith: if you believe in the resurrection of Jesus, it’s convincing; if you don’t, no amount of argument will change your mind.

The understanding that came to me as I concelebrated that Mass, so close to the Shroud, that I was in the presence of the only relic of the resurrection. Like the women at the tomb, I did not see Jesus in the flesh; I only saw where he had been. The Shroud that had covered his body in death, like the tomb, was empty. All that remained was his image, like a permanent memory of where he had been.

There are two reasons why we celebrate the resurrection with such ceremony. The first reason is that Jesus is alive. We can’t see his physical form any more than the women could at the tomb. But we can see his image everywhere he’s been: in the faith and dedication of all those who’ve served to alleviate suffering in his name. Miracles still happen. They happen every day. There are miracles of love and compassion all around us if only we have the eyes to see them.