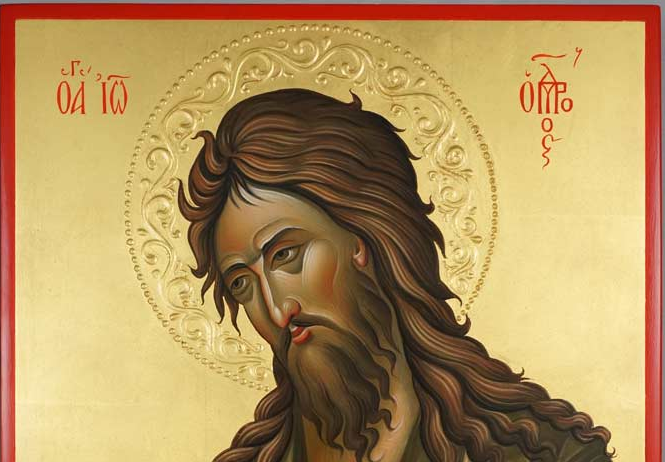 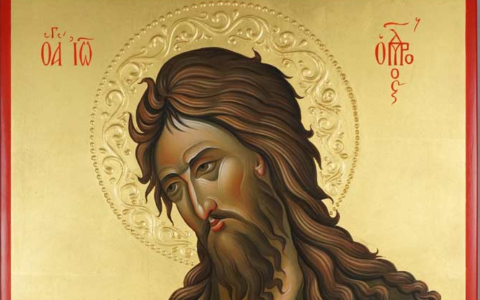 Let’s look at them. They’re both found in today’s gospel reading. If you look at the text of the gospel I’ve provided for you, you’ll see that it’s been separated into two paragraphs. The first paragraph is exclusive only to Luke and gives an example of the sorts of things John the Baptist was teaching to those who came to him. His instruction deals with people’s behavior. That’s an example of what I would call the first “face” of the Scriptures: how to behave in order to be a good person. For some people, this is the only aspect of the Scriptures they either know or are interested in.

They say, “Tell me how to behave. Give me rules to follow. Let me know my rewards and punishments. What will I get if I follow the rules and what will happen to me if I don’t?” People who are interested in these things see God’s will as a set of restrictions on their freedom to do what they want. Therefore, they want to know all the details so that they’ll know precisely how far they can go, bending the rules, before they lose their reward or incur a penalty. In terms of moral development, this is the lowest stage—more suitable for toddlers and preschoolers than for adolescents or adults. Yet, this is the level that most people operate on most of the time, when they’re asking themselves the question, “What can I get away with?”

The people coming to John the Baptist in today’s gospel are not ethical giants by any means. First, there are the crowds, the mass of humanity looking for answers. They’re looking for some relief from guilt and shame, so they come to the Baptist to express their desire to change their ways—to change their behavior. John calls them to repentance, and they answer, “What shall we do?” John answers by suggesting to them a much higher level of moral behavior, that is, to care for the needs of others, keeping in mind that caring for others involves a certain amount of self-denial. Giving your coat to someone who has none deprives you of one of your coats. Giving food to someone who is hungry means there’s less food for you. Advanced ethical behavior comes at a cost.

But there are others in the crowd. There are the despised Jewish tax collectors who were licensed by Rome to collect their taxes. Anything they collected over and above what Rome required they got to keep for themselves. When they asked John how they should behave as penitents, he told them, “Stop collecting more than what is prescribed.” In other words, learn to live on your salary.

Finally, there were the soldiers. These were neither Roman solders nor soldiers of Herod’s army nor even the temple police. These guys were basically security guards for the tax collectors. John told them, “Do not practice extortion”—literally, don’t shake people down. Don’t threaten people.

John’s teaching about moral behavior didn’t go much further than the golden rule—“Do unto others as you would have others do unto you”—and be kind and generous. We could call this the Ten Commandments plus. Here’s a beautiful restatement of the Ten Commandments that I’m sure John the Baptist would have been happy to have handed out as religious tracts to everyone whom he baptized:

1. practice loyalty to the Sacred.
2. remember every image of God is only a glimpse
3. do not use God’s name to do harm.
4. do not allow productivity to dominate life.
5. care for those who have cared for you.
6. do not be unnecessarily destructive.
7. be faithful to the commitments you make.
8. do not take what does not belong to you.
9. do not hinder justice from coming to fruition.
10. do not use power over others to get what you want.

There is nothing at all there that any person of any faith or no faith at all couldn’t agree with. And there is nothing specifically Christian about any of it. In fact, people who think that ethical behavior is the essence of Christianity have missed the boat entirely. Like the people in the gospel, a desire for more ethical behavior can lead someone to Christ, but it doesn’t make one a Christian. So long as we’re focused on behavior, we’re still back with the Scribes and Pharisees and their lists of dos and don’ts. May I remind you that this is only the first half of today’s gospel?

Now, we can take a look at the other face of the Scriptures. This is the face that many people do not see—or at least do not value. Now Saint Luke takes the discussion in an entirely new direction. John can correct people’s behavior; he can even ritualize their desire to change by baptizing them with water. But even John had to recognize that was not enough. “I am baptizing you with water, but one mightier than I is coming. He will baptize you with the Holy Spirit and fire.” What does that mean: that the Christ—the Messiah—will baptize “with the Holy Spirit and fire?” The Holy Spirit of God is both creative and transformative. It makes of those who are immersed in the Spirit something new—a new creation, a different being. Merely changing behavior can never be effective because we lack the power to overcome our deadly self-interest. The Holy Spirit alone can imbue us with that power. It’s the power to accept the will of God in every facet of our lives and the power to surrender ourselves to it. The result is a baptism by fire. As John said, “His winnowing fan is in his hand to clear the threshing floor and to gather the wheat into his barn, but the chaff he will burn with unquenchable fire.”

The transformation that John was anticipating is not a behavioral transformation, but a mystical or spiritual transformation. It requires a willingness to allow the Spirit of God to burn away self-reliance, self-sufficiency, self-seeking, self-satisfaction, self-interest—all those attitudes that are at the core of all our fears. Those are the attitudes that stand in the way of love—loving God and loving our fellow creatures. Those are the attitudes that are the root causes of our bad behavior. Selfishness is, in simple terms, our original sin—the tragic flaw we carry with us from our human origins. It’s a flaw we cannot overcome without the grace and power of the Holy Spirit.

Today’s readings are a call to repentance that goes far beyond sorrow for past wrongdoing. It goes far beyond a determination to do better in the future. It’s a true metanoia: a fundamental change of mind and heart where we not only believe in God, but we trust in God absolutely that he will care for us despite all the evidence around us to the contrary. That’s where the spiritual rubber hits the road. That’s where following Christ fearlessly to the cross and beyond becomes not only a possibility, but a necessity. That’s what it means to be baptized “with the Holy Spirit and with fire.” That’s what it means to be a Christian.